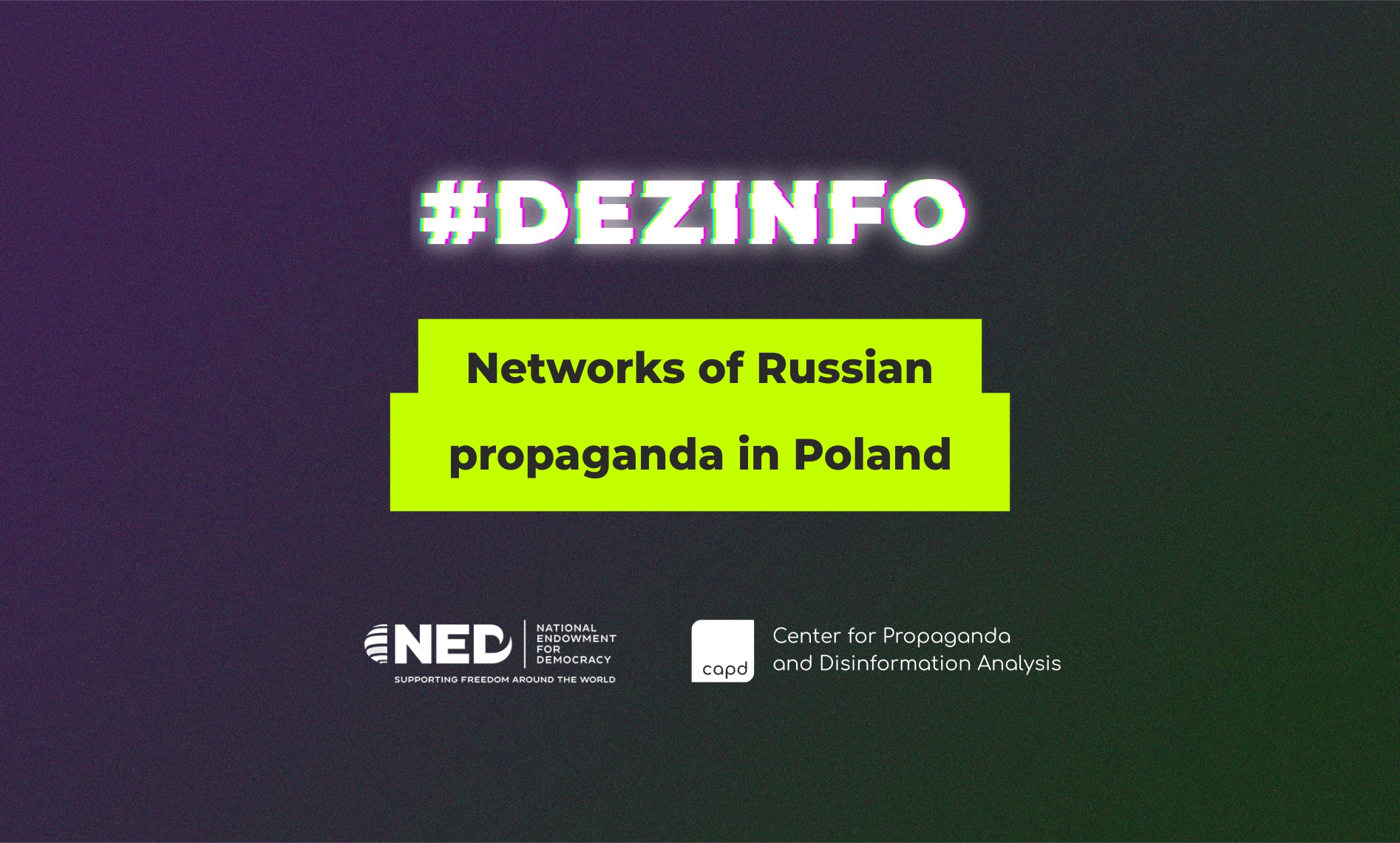 In the new podcast, we talked about how Russian propaganda works in Poland with an emphasis on social media. With Givi Gigitashvili – our interlocutor, we referred to the latest narratives appearing in connection with the war waged by Russia in Ukraine and discussed ways to verify the content appearing on the Internet.

– Why does the Kremlin put so much emphasis on spreading propaganda and disinformation on social media?

– What does the Russian narrative about Ukraine look like before and after the outbreak of the war?

– How do various social media platforms fight against Russian propaganda?

– What is the correlation between anti-vaccine and anti-refugee narratives on social media?

– Why has Russian propaganda about the war in Ukraine failed both in European countries and inside Ukraine?

Listen to the episode of the #DEZINFO podcast, which was created as part of the "Strengthening the Capacity to Counter Disinformation" project, with the support of National Endowment for Democracy (NED).