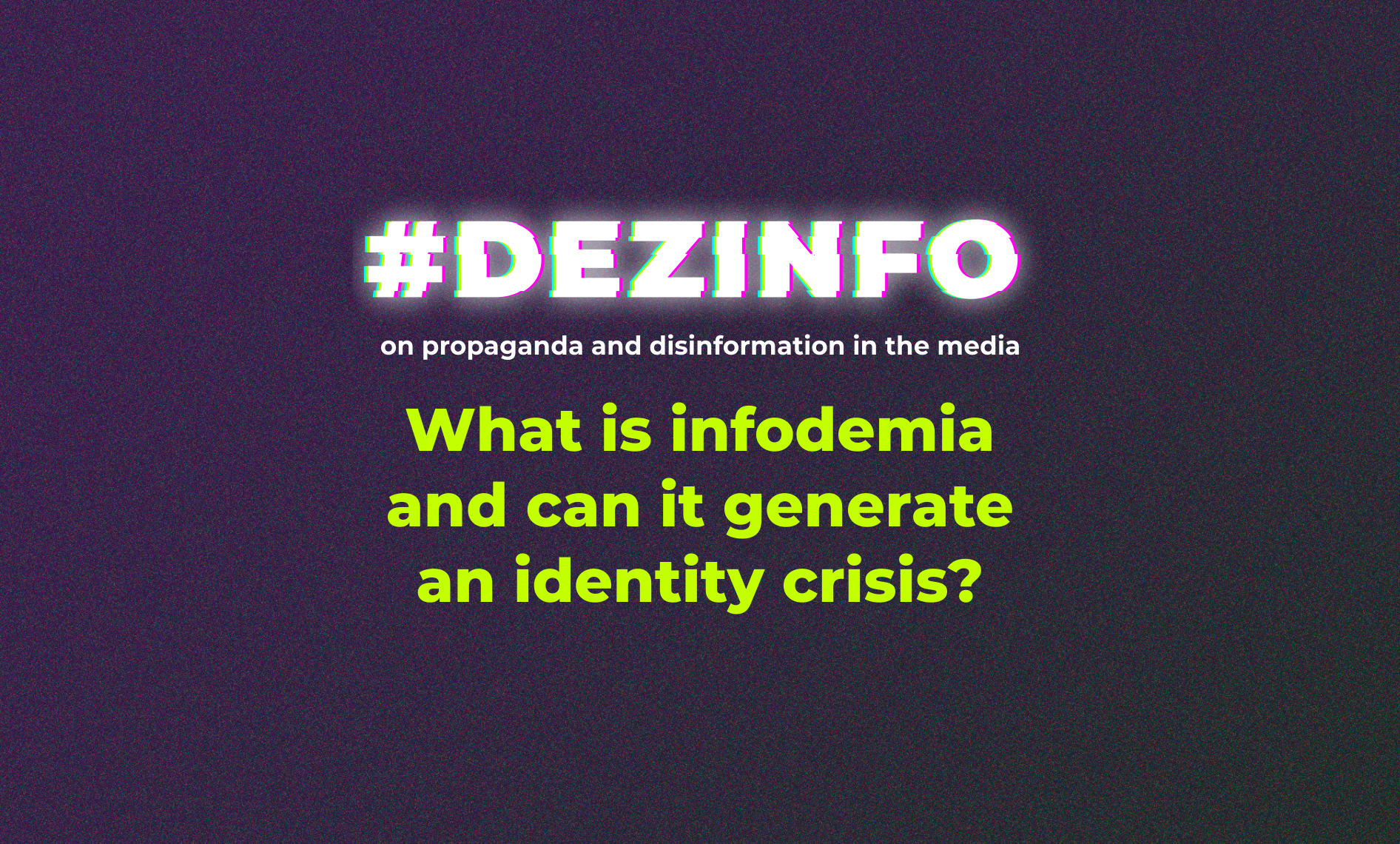 How does the media shape our worldview? Are we more exposed to propaganda and disinformation on social networks than in traditional media? What will the mass media look like in the future?

Due to the importance and relevance of the topics of propaganda and disinformation in the 21st century media, we are returning to the podcast that we published in early 2022.

We invite you to read the transcript of an excerpt from the #DEZINFO podcast: Homo ecranis - has a new species of human emerged?

The guest of the podcast is Dr. hab. Małgorzata Molęda-Zdziech, Head of the Department of Political Studies at the Institute of International Studies of the Economic and Social College of the Warsaw School of Economics; Plenipotentiary of the Rector of the Warsaw School of Economics for cooperation with the European Union; sociologist, political scientist; habilitated doctor of social sciences in the discipline of political science and administration.

Dr. Karol Kwietniewski, Center for Propaganda and Disinformation Analysis: How does the media shape our world view? How does it happen and what are the mechanisms of this phenomenon?

Dr. hab. Małgorzata Molęda-Zdziech: Ever since the emergence of the media, that is, intermediaries between the world we live in and the audience we want to reach, the aim has been to reach out with a certain information, with a certain message – whether it is just to inform, or whether we want to influence someone's behavior, to educate, or perhaps to introduce certain topics that we want the recipient to think about, to simply think about, to be important to them.

That is to say, the media can build, for example, a range of topics, issues that the public, social groups will think about, that may conflict them, or, on the contrary, around which they may unite. Some social groups and media audiences may not be aware, but these topics are not found by chance. The media also often cover up certain topics by not giving them enough media exposure or time, whether it is on the airwaves or by covering them with other topics, wishing to drown out certain crisis situations, for example, by covering them with others. That is to say, the media shape our attitudes and what we are supposed to think about by building an agenda of topics, by prioritizing them. Also using the mechanism of media publicity they can exaggerate certain problems or create a problem out of nothing and then, as it were, forget about it altogether.

Nowadays we have such a concept as infodemic, that is, an onslaught of information that we cannot process. Could this be generating that identity crisis we have been talking about earlier?

I think this is a very interesting question and there is no such clear-cut answer to it. The answer depends on the extent to which we agree that our lives are filled by the media. Someone said that we live with and through the media. We can say that we still live in the media. Our life is twenty-four hours a day, seven days a week – what does it look like?

Infodemic – the very concept in its genesis has this common element as pandemic. It is just that here this infecting element is information. So it's not just a huge flood of information, but we also have this element of infecting. There is also this element of perhaps too much intensity. It is a well-known fact that, just like the consumption of certain drinks, too much or too strong, can end badly. In the same way, consuming too much information makes us either have indigestion or not know how to deal with this information. Unfortunately, the new media has a way of making us immersed in it. The new media are with us all the time. If we have a smartphone, it's not just the source of information, but it serves us as an alarm clock, it collects information about us (the Pegasus thing – we don't even realize it), it serves us as a camera, it also serves us as a mini-computer to take notes. And that's the thing, are we aware that it's us using these media or are the media using us? And even when we are in a meeting in a café, an innocent phone, even though we are not using it, it is doing its job at the time. Because it's collecting information and we're leaving this footprint of ours. There is talk of a climate footprint, I think here we can speak well of this digital footprint of ours, we leave a communication footprint – what we did and why. But are we aware of it?

This project was carried out by the Center for Propaganda and Disinformation Analysis, with the support of NATO’s Public Diplomacy Division.