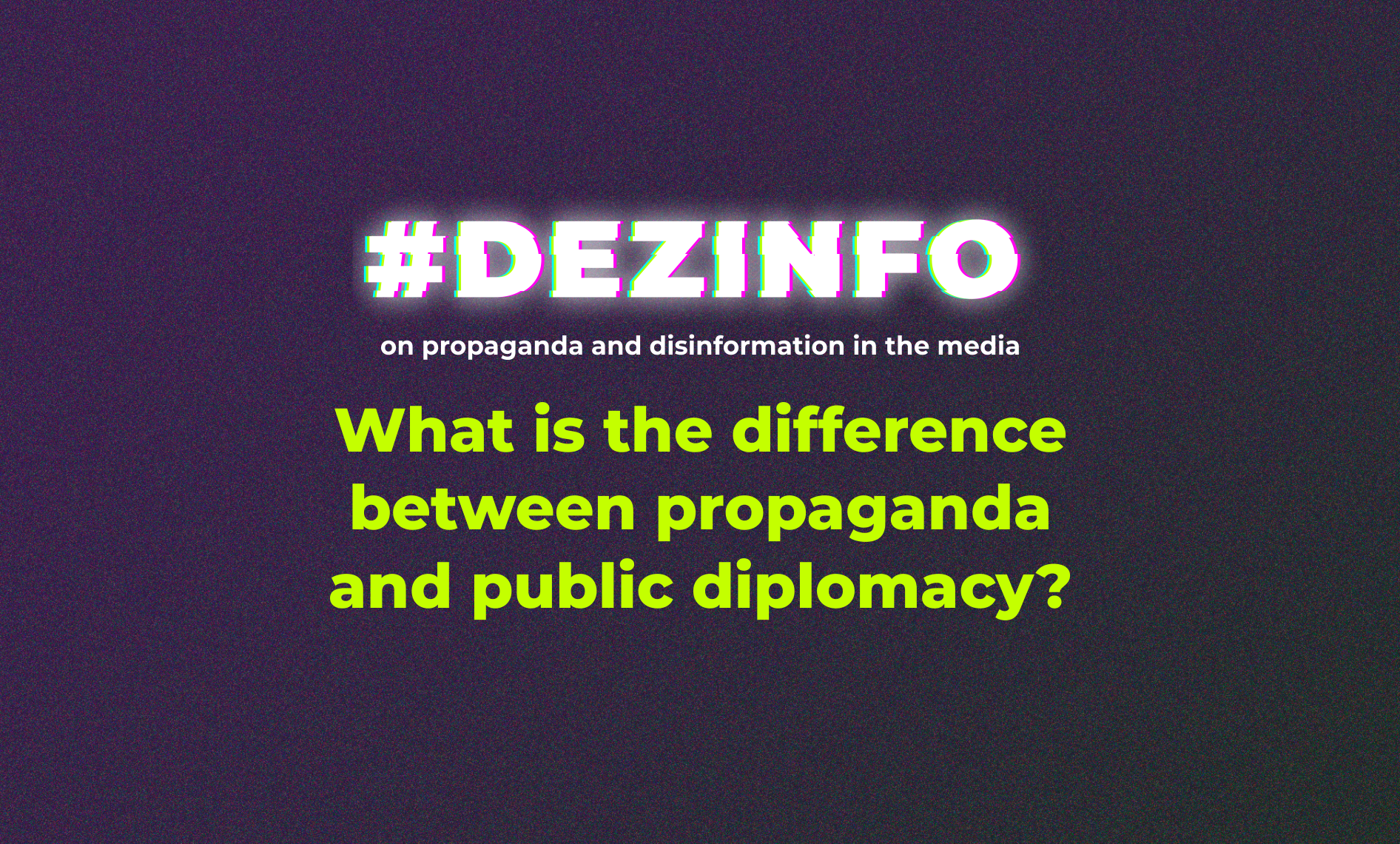 With the outbreak of the war in Ukraine, we all realized how important it is to raise topics related to propaganda, disinformation and media manipulation. Bombarded with hundreds of messages from all sides, we must have the knowledge and tools to help us verify information. We hope that the interviews will help to better understand the processes related to content consumption in the 21st century media.

So we go back to the first series of #DEZINFO podcasts, which we released earlier this year. During the meetings, we discussed issues related to the broadly understood information space with an emphasis on social, psychological, political and media aspects.

We invite you to read the transcript of an excerpt from the #DEZINFO podcast: Fight for minds - propaganda in the 21st century.

The guest of the podcast is Dr. hab. Robert Rajczyk from the Institute of Journalism and Media Communication at the University of Silesia in Katowice. His research interests are focused on the issues of political systems of Central and Eastern European countries as well as contemporary propaganda and information security systems.

Dr. Karol Kwietniewski, Center for Propaganda and Disinformation Analysis: In your opinion, what is the difference between propaganda and public diplomacy?

Dr. hab. Robert Rajczyk: Public diplomacy is first and foremost a tool of what the famous American political scientist Joseph Nye described as soft power. This is the ability of a state to gain international recognition or to achieve its information goals through its own attractiveness, for instance, culture, economy, or science.

Propaganda, on the other hand, is something completely different. It can be assumed, for example, that information operations, which are also part of strategic or psychological communication, are some form of propaganda. Nevertheless, propaganda is a deliberate and systematic action aimed at changing attitudes in a manner consistent with the expectations of the propagandist, but implemented in such a way that the individual, when deciding not to act or to initiate an action under the influence of this propaganda message, is convinced that he or she is making a free choice and is taking these actions on his or her own initiative and which he or she would not have taken had he or she known the whole picture.

Such a fundamental difference between propaganda and public diplomacy lies in ethical issues. Public diplomacy is first and foremost aimed at providing reliable information and establishing relationships, i.e. building mutual contacts, based on honesty and ethics. Propaganda has no such ethical issues. The aim of propaganda is to persuade people to take some action, that is, for example, to agitate or to convince them to change their attitudes. But this is accomplished through the long-term impact of propaganda. If we have a long-lasting propaganda impact, we can indeed make the recipients think about something else. I don't want to refer here to the most popular examples like conspiracy theories, because I'm not a proponent of them, I even think that talking about them somehow makes us give them a place in the public debate, and they shouldn't be there. That is the fundamental difference. Public diplomacy is an ethical activity, whereas propaganda not so much.

I would also like to ask a question about the forecast. How is this situation likely to develop and what patterns, what forms do you think it will take over the next few years?

These will certainly be information operations, connected with international political communication, the aim of which is, for example, to induce a group of states to accept the point of view of another state. These will certainly be activities connected with gaining information advantage. I do not want to say information dominance, because this advantage may be temporary – realized in various ways: through capital investments, i.e. taking over traditional media, or creating new Internet media and supporting international broadcasting of radio, television and also Internet programmes, which will present a specific point of view, i.e. support the narrative of the propagandist, or will be purely propaganda. There are several such examples, but they mainly concern authoritarian states.

We will also have to deal with what I said a few minutes ago, which is the phenomenon of sharp power, that is, the use of a mix of public diplomacy with hard power tools (e.g. economic influence and influencing the perception of the authority in question, the state). I am thinking here of global infrastructure projects or global infrastructure cooperation projects, the aim of which is in fact to acquire new markets through the sale of surplus so-called labor, or surplus internal production in general, but also to take over or dominate in the economic sense. We have such examples in connection with the acquisition of dominant shares in key sports or road investments, and from this point of view it is easier for the creditor to manipulate the debtor.

Technological developments will introduce new forms of influence. Just 10 years ago podcasts or vodcasts were not so popular. At the moment the podcast market in Poland, from what I have read, is growing at a rate of about 30% a year. This shows new forms, new informational genres, but also persuasive genres. This is all going to develop in the context of technological developments.

This project was carried out by the Center for Propaganda and Disinformation Analysis, with the support of NATO’s Public Diplomacy Division.