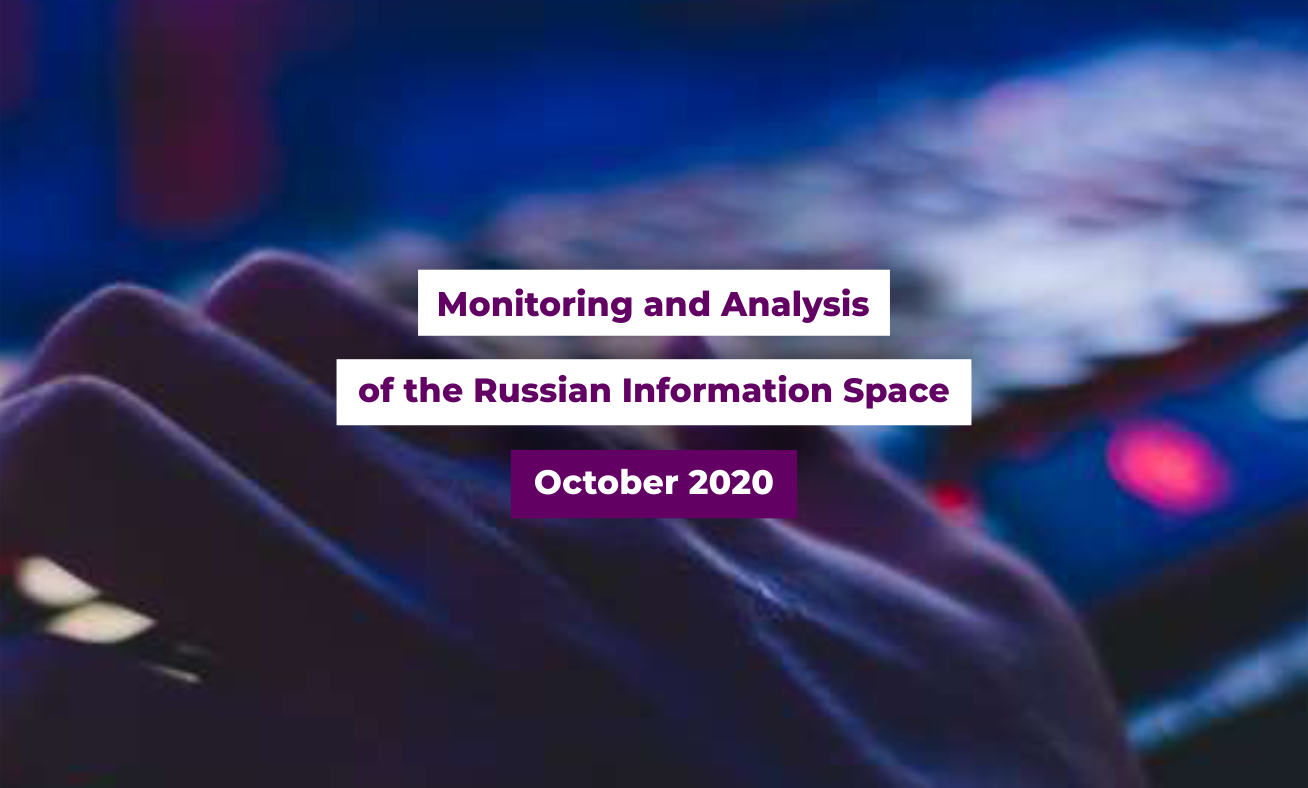 Monitoring and analysis of the Russian information space as exemplified by the articles published by ria.ru, rbr.ru and russian.rt.com between 28 September and 1 November 2020.

Below are presented the partial results of the monitoring conducted by the Center for Propaganda and Disinformation Analysis as a part of the “Monitoring and analysis of the Russian information space” project and implemented during the period of 3 August 2020 to 28 February 2021.

Total number of news about Poland, the European Union, the United Kingdom and Baltic states (Lithuania, Latvia, Estonia) in the monitored media: 1651, namely 825 news from ria.ru, 378 news from rbc.ru and 448 news from russian.rt.com. The news about Poland, the EU, the UK and Baltic states accounted for 2,9% of all the news published on ria.ru, 9,4% on rbc.ru and 7,0% – on russian.rt.com. This news together accounted for 4,3% of all the news published in the monitored websites in October 2020. There was a decrease in total number of news on monitored topics, both in terms of numbers and percentage shares of all the published news compared to the previous month. 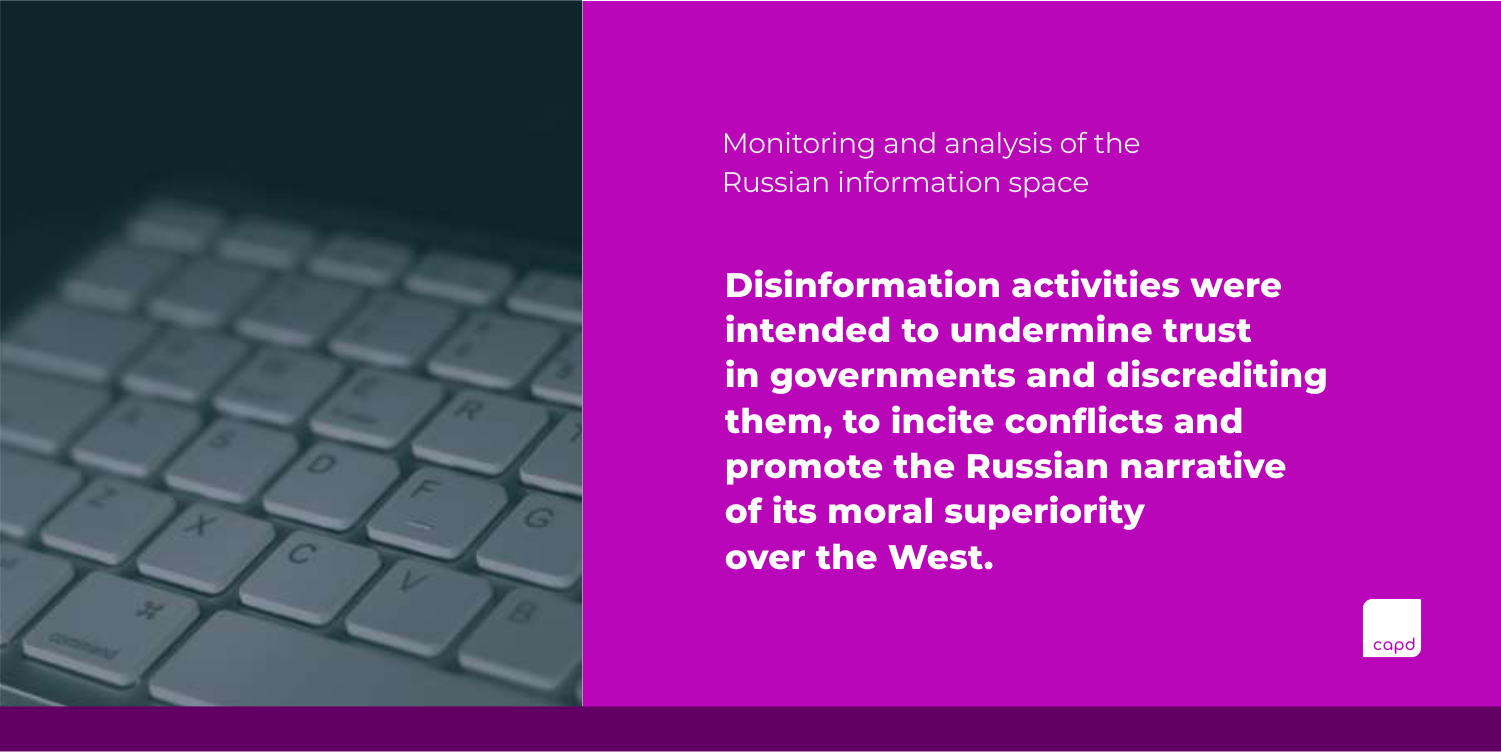 Russian media, through its narrative, was often targeting the Baltic states. The media coverage was portraying them as a place of a revival of fascism and widespread Russophobia. The pro-Kremlin narratives were trying to influence the mentality of those countries' populations, domestic issues as well as the foreign policies of their governments. Undertaken measures were extensive and varied depending on the subject area or the country. Its goal was to create chaos, deepen the social polarization and decrease the public trust towards state institutions and, to a greater extent, towards the international organizations and integration initiatives of the Western states. The dynamics of these actions had increased during the pandemic – indicating the ineffectiveness of the West in the fight against the crisis or the spread of conspiracy theories. Russian media was manipulating the information, presenting incomplete data, on a disproportionate scale or in the false context.

- Russia accused the governments of Baltic states of censorship and blocking Russian media, discrimination against the Russian-speaking minority as well as unjustified investigations of journalists investigations of Russian-speaking journalists. Baltic states were also accused by the Kremlin of violating the freedom of speech, violating civil rights and democratic values and an intentional discrediting of Russia and Russian media.

- Anti-EU or anti-NATO narratives were a constant feature of the Russian informational influence towards the Baltic states in order to undermine the integration bonds between the North Atlantic Alliance's or European Union's member states. The purpose of such narratives was to shape and reinforce the Eurosceptic views of the target group and break up the political unity of both organizations.

- Main goal of the Russian disinformation in the analyzed period was to create a negative image of the West – specifically to demonstrate the weaknesses of both the Union and the North Atlantic Alliance, along with the argument that being their member is detrimental to the Baltic states.

- Russia was also glorifying the Soviet past of those countries and emphasized their "fall" that followed their accession into the Western structures.

Disinformation activities were intended to undermine trust in governments and discredit them, incite conflicts, promote the Russian narrative of its moral superiority over the West, and spread conspiracy theories. In the international context, the goal was also to undermine the authority of the Western institutions, e.g. EU and NATO.

READ THE FULL REPORT: This article is part of the “Monitoring and analysis of the Russian information space: the image of Poland, NATO, European Union, United Kingdom, Baltic states and Belarus in the Russian online media outlets”.